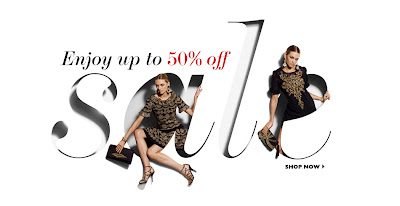 Black Friday is my favorite day of the year.  Last year, I shopped for 14 hours, spent about $300, and survived with a $20 coach wallet, $150 Miss Sixty Peacoat and $15 Michael Kors earmuffs to tell the tale.

This year, I decided to slim back a bit since I'm a po' college student who spent most of Thanksgiving slaving away over a hot stove.  Also, I just wasn't in the mood to wake up at 2:00am sharp armed with coupons and a espresso this year.  But before I reveal what I bought, let me share with you what I wish I could have bought from Net-A-Porter's Black Friday Sale.

I have a very uhhh..unhealthy obsession with pullovers this season.  Specifically chunky knit pull overs with studded panels on the shoulders.  I'm actually knitting a blue one as we speak.  Elizabeth and James- Originally $465, Sale Price $325

Now this Black Friday, I meant to buy a winter coat or jacket.  But atlas, this search was never completed, so now I must drool shamelessly over this as seen on the runway Alexander McQueen shearling and floral appliqué brocade coat.  Alexander McQueen- Originally $15,995, Sale Price $9,597


Rag & Bone can do no wrong, especially when it comes to their denim.  These to-die-for corduroy pant are not too badly priced.  Rag &Bone- Originally $190, Sale Price $114

So where have I've been?

After a few more hospital visits and finally catching up with school, I'm back in action.  I found out that I have a pretty sensitive gluten intolerance, but now I'm ready to continue blogging again!

Stay tuned for some post-black-friday reports

Hey Fashion Lovers, Been a while right?
I've been absent after the whole Irene thing.  Why?  Well to tell you the truth I've been seriously ill.  For the past two months, I've been in and out of the hospital and I will be returning to the hospital again shortly :( . But since I'm up and running now, I'm going to take advantage of of this to inform you guys that I will be using most of my time to improve my youtube channel.  I will still update my blog, but strictly with fashion news, such as the K-mart article below.  And I would update every 2-3 days, depending on my health.  Anything about fashion finds, or sales, or clothes that I love would be put on youtube.

To View my video, visit my youtube channel here and enter my first Giveaway!!  Whoooo!!!!!

Because of Hurricane Irene, I was unable to update this weekend.  Thanks to the local Starbucks (that's conviently located inside the local A&P), I have electricity and free Wi-Fi.

Anyway, as I was stranded inside my home, I decided to finally look through my September issue of Elle where I saw K Mart advertising their new lookbook. 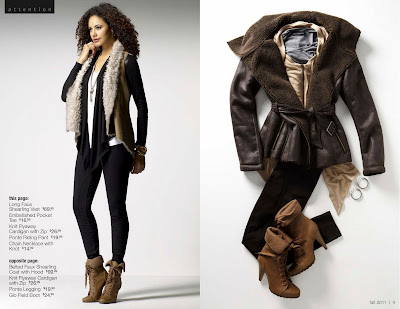 I got kind of excited when I noticed that K Mart was stepping up their apparel aparntment.  I bet they're trying to compete with Target, Walmart and Kohls, and maybe we have some designer collaberations to look forward too.  However, I'm not so happy with the prices.  I always thought that K mart was cheaper than Target, so I was little shocked to see that some of their fall jackets are going for $99.99.  I mean, for $99.99, I could get a better quality jacket at Macy's.  Or I could spend $20 more and go to to Guess. 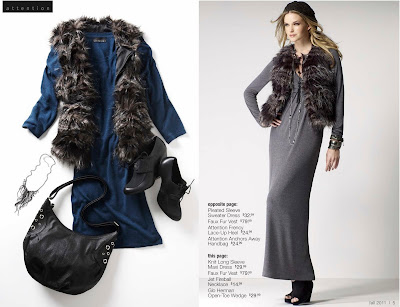 I don't think K Mart is paying attention to who their consumer is and instead, they are getting wrapped up  in their competition with Walmart and Target.  When I go to K Mart, I'm looking for deals, not to shell out $80 on a faux fur vest.  Walmart understood this when they revamped their apparel section and offered us t-shirts and work pants at under $10.
While Target, which is slightly more pricier than Walmart, sell shirts that at average goes for $20 because that fits the demographic of their consumers.  Target also makes collaborations with higher brand designers such as Missoni, Jean Paul Gaultier, and Alexander McQueen.  These collaborations make the clothing more desirable and therefore, makes the higher prices acceptable.  I'm perfectly okay at spending $50 on Missoni shoes from Target, but I just can't bring myself to do the same at K Mart. 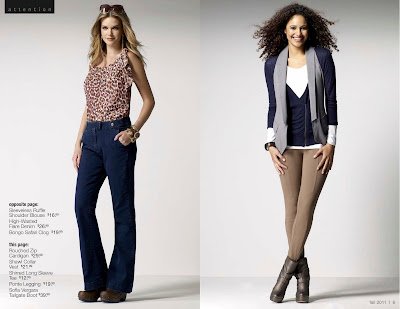 Further, I think K Mart needs to earn it's stripes first.  I'll admit, I'm sursprised how good their lookbook is, but I still can't see many people running to K Mart for clothes as they do for Target or Walmart.  They still need to tweek a few things, such as those flares (above left) and the taupe colored leggings.  I mean, the flares don't even fit the model properly; look at the saggy-ness in the crotch and I bet the butt doesn't look to appealing either.  And honestly, I'm not too sure what's up with the leggings, but they just don't look right.

You know, it looks like i'm nitpicking at K Mart too much, but if they're going to be competing with the big dogs, they're going to need to step it up a notch.  Still, there are some pieces from the collection that intrigue me, such as the clogs (worn on the model above, to the left)  And the Maxi Sweater dress.

Anyway, I'm not at home now and I gotta cut this blog post short.  My electricity might be out for a few days, so I guess I'll be making daily trips to A&P for the rest of the week.  Keep a lookout for a future blog post where I'll be making a purchase from K Mart's fall collection and I will be evaluating the products.

Stay safe everyone on the East Coast and Happy Blogging!

I Need Help with My Style: Richie 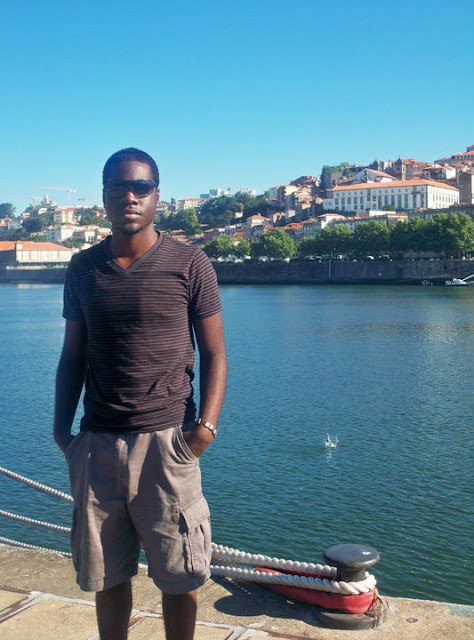 Richie in Spain last summer.  Yep, I stole this from his facebook like a total creep.
Hello everyone, meet Richie.  Richie and I are good college buds and he also plays a role of my unwilling shopping buddy.  Yes, unfortunately this poor guy has been subject to tortures such as Lord & Taylor shoe sales and Nordstrom Half-Yearly's.  Well now, he's asking for my help.  He's been wanting to change his style since the beginning of summer and now that fall is almost here, he finds himself struggling.

I love love love menswear so I jumped at the chance to style Rich.  So below are three looks that I came up from him, using only clothing from stores that he shops at.

Richie tends to do a lot of internships, all of which are in a business casual-ish environment. I wanted to stay away from the typical black slacks and blazer because Richie already owns a good suit.  Instead, I chose tan chinos and a grey blazer that would definitely get him noticed in the office.  I then added a punch of color with the cyan v-necked sweater to show his youth.  Lastly, the distressed shoe is my favorite part because it's unexpected, yet subtle.

I think this happened to all of us at least once: You woke up late for that one important morning class.  What do you grab?  I started off with an H&M v-neck, mainly because Richie told me that he owns almost every color (Hey, at under $6, I would haved stocked up too!).  I also picked out a no nonsense, relaxed fitting jean.  If you're in a rush, the best way to dress up an outfit is my throwing over some nice outerwear., so I picked out this plaid cardigan (plaid is hot this season in menswear!), to add some oomph. Lasty, I finished it off with the faux leather sneaker.  Easy-Peasy 5 minute outfit.


UPDATE: Richie was very happy with my picks, and we would be going shopping soon to buy everything on the list, but at one condition: I'm not allowed to look at shoes.
Posted by Couture Me Pink at 6:54 PM 13 comments:

Couture Me Pink
Hello, my name is Safiyyah and I'm an English and Fashion major in New Jersey. Email Me: Safiyyahfrans@gmail.com